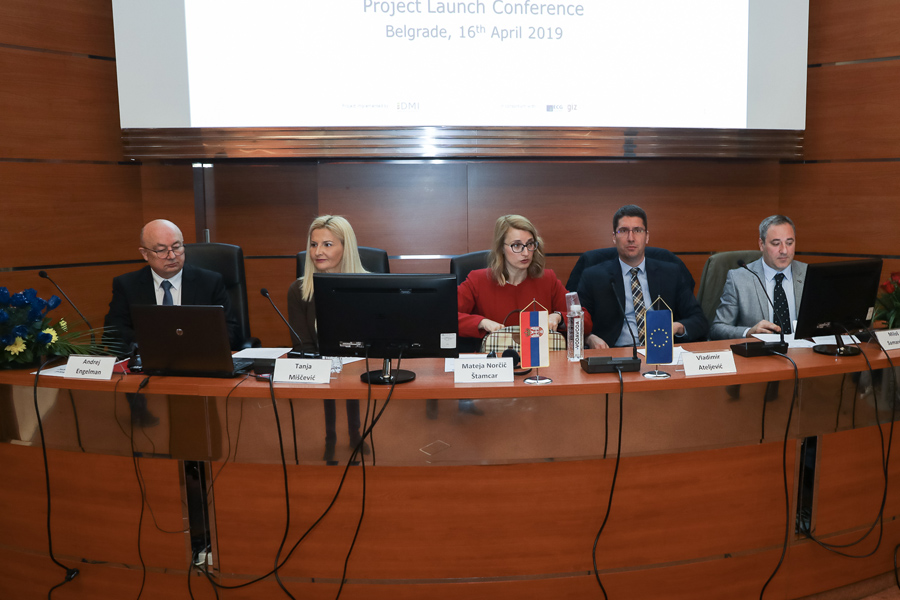 EU IPA funded project, Policy and Legal Advice Centre – PLAC III, aimed to support harmonisation of the national legislation with EU acquis, has been officially presented at a conference held at the National Bank of Serbia in Belgrade today. The team leader of the project, Mr Andrej Engelman presented the project, which started in January 2019 and will last until July 2021 with the financial support of the European Union of  €2,76 million.

Two main project beneficiaries are the Ministry of European Integration and the Negotiating Team for Accession of the Republic of Serbia to the European Union. Other beneficiaries are line ministries and institutions involved in legal harmonisation in the areas of eleven negotiating chapters covered by the project.

The PLAC III project will provide support to the Serbian Government in the process of harmonisation of the national legislation with the EU acquis, primarily by providing expert assistance in amending the existing and drafting new legislation, as well as in strengthening the capacity of institutions involved in accession negotiations. The main purpose of the project is to achieve a high level of alingment of national legislation with the EU acquis and its successful implementation.

Five (mostly) foreign experts to work in Serbia every day 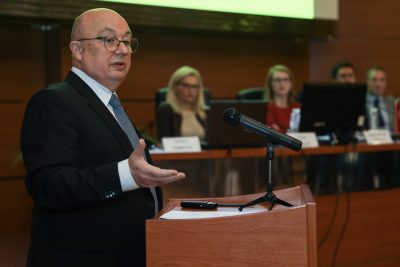 According to Mr Engelman, during PLAC III project, on average, “five foreign experts will be engaged” every day in Serbia, providing legal and other assistance in different areas of negotiating process with the EU. The project will assist in a flexible way, by e.g.  “filling identified gaps” constantly adapting to the needs of the process, he said.

“We will be as flexible as possible, but “the other part” goes to politics. We will help draft legislation, but it has to be adopted by the government and in the Parliament – the political support is crucial,” Engelman said, adding that there is no doubt that a necessary political support will be there judging from an “already present high level of achievement”.

He stressed that the PLAC team has already established a high level of cooperation, understanding and accordance with the beneficiary institutions in relation to the planned project activities. Mr Engelman added that in order to achieve the best results, various approaches to different negotiation chapters are planned.

The ultimate goal is, Engelman said, a better life of the citizens of Serbia: “The purpose of the project is to accelerate the European integration process and what is more important, to help Serbia achieve high level of EU standards in different areas so that the life of citizens is improved”. 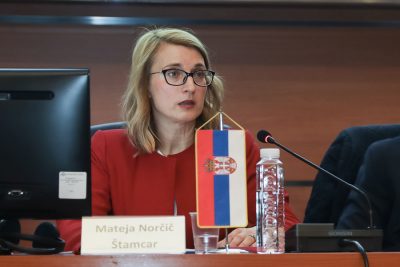 The Deputy Head of the EU Delegation to Serbia, Mateja Norčič Štamcar said that the process of harmonisation with the EU acquis was more demanding today than when Slovenia entered the Union, since much has changed in the meantime.

“We warmly welcome the existence of strong commitment by the Serbian Government to align legislation and implement the Union acquis, as Serbia is heading towards EU membership. The acquis itself has become more demanding and represents a greater challenge for future accessions; also, the number of Member States has changed,” she said. Štamcar stressed that Serbia must create the necessary implementing structures; the harmonisation process should be more transparent, while implementation and monitoring of adopted legislation need to be improved.

Štamcar said that PLAC III is the fifth in line of projects providing support to Serbia in the European integration process, and the third funded by IPA. In the past 10 years Serbia received around €2 billion as grants and €4 billion came as loans with favourable rates from the European Investment Bank, she said, adding that PLAC III project is a part of this assistance.

“Serbia has entered a very demanding phase of negotiations, whose crucial part takes place at home. A huge job is ahead of us, but it will be worth the effort because the citizens of Serbia will benefit greatly: from mobility on the labour market, through recognition of professional qualifications and access to public procurement, improved food safety and waste management, to clean air and water,” Štamcar said.

Miščević: PLAC is the right format 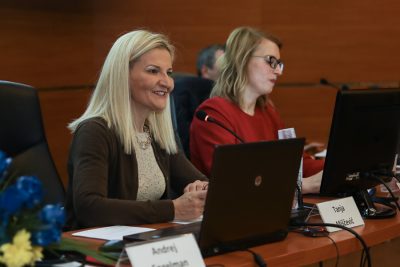 Head of the Negotiating Team, Tanja Miščević, said that PLAC was “one of the rare projects where no party had any objections” and added that the fact that the project is being renewed showed that the “right format” was found. As a particularly important work at the moment she indicated Negotiating Chapters 8, 15 and 12, as well as Chapter 28.

“The process of harmonisation consists of three parts – the adoption of legislation, and this is the easiest part; it is a relatively easy to write a law. The second part – implementation, is a bit harder, because it means, as number one, creation of institutions. We stand very good in this aspect”, she said. But, the other part of the implementation, which means institutions’ capacities, this is the job that is ahead of us, Miščević added.

“The third part of harmonisation is law enforcement, which means that any right deriving from a law adopted should be the right that I (as a citizen) can invoke before the national courts. That job is still ahead of us,” Ms Miščević said.

According to her, “this is one of the reasons why the negotiation process enters a very important and more difficult phase, which we are absolutely aware of.”

“We are talking about making a road map how to close the chapters that are already opened, I hope in not so distant future. PLAC III project’s plan of activities is a part of it,” Ms Miščević said.

Ateljević: Our administration is ready 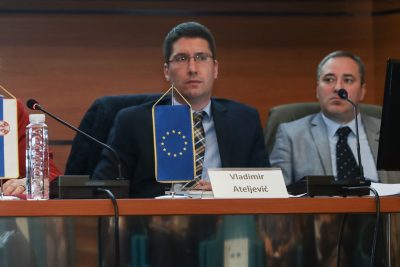 Adviser to the Minister of European Integration Mr Vladimir Ateljević pointed out that the PLAC, in one or another project format exists for more than 17 years. He welcomed the fact that 11 negotiating chapters have now been set as the priorities, among which are some of the most important chapters, as well as the flexible project’s work plan. “This is one of the biggest advantages of this project, there is no finality and it is always possible to respond flexibly and according to the needs, to what are the most current moments or trends in this process,” he said.

Ateljevic also said that in those chapters where no benchmarks exist, negotiation positions have been prepared, while in chapters that are already opened, the work is in progress to fufill benchmarks for chapters’ closing.

“It is important that the results of our work be more present in all acts and negotiating documents,” Ateljević concluded.

The presentation is available below: