Workshop “What do you know about traffic”

The workshop titled “What do you know about traffic” that gathered migrant children and students of three primary schools from Kikinda was organized today in this city.

Jelena Maric Lukovic, on behalf of the EU Support to Migration Management in Serbia, said that the aim of the workshop is for the children to learn about traffic rules, but also to encourage the cultural exchange and ensure that communities hosting migrants are strong and stable.

“Thanks to the support of the European Union, bicycle equipment and bicycles were provided to all three primary schools and the Reception Centre in Kikinda”, said Ms Maric Lukovic. 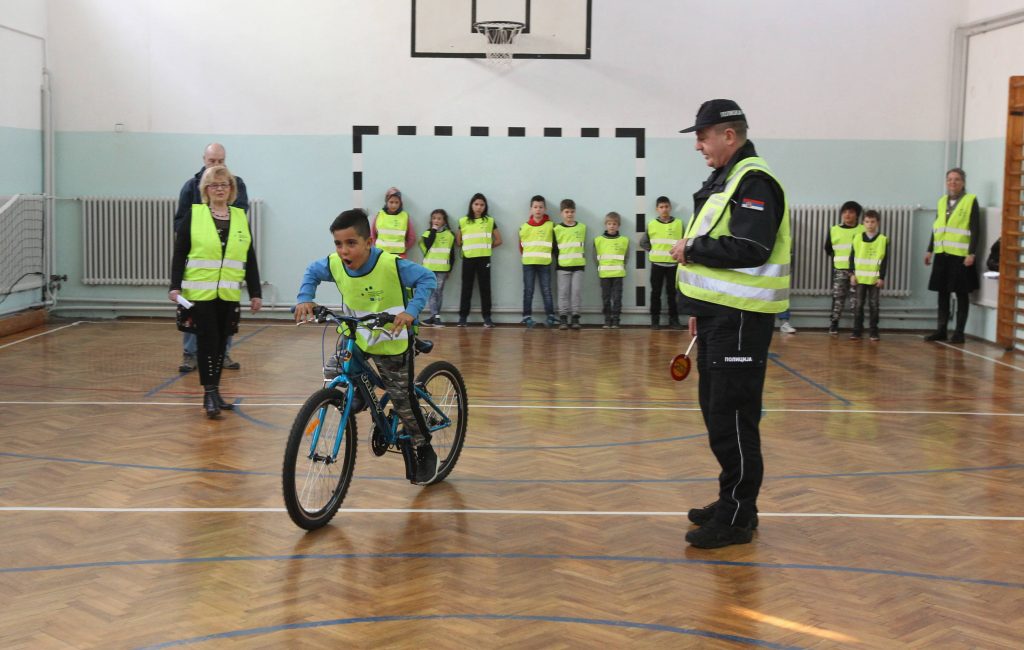 Biljana Siman, the principal of the primary school “Djura Jaksic” who hosted the workshop, said that the workshop is one in a series of activities that have been organized in the school since September, so that migrant children can be accepted at school and learn the language.

Education on traffic and the knowledge quiz “What do you know about traffic” were organized within the EU Support to Migration Management in Serbia, in cooperation with the City Commissioner for Refugees and Migration, local self-government, Police Directorate in Kikinda and Automobile Department of the Independent Police Union. 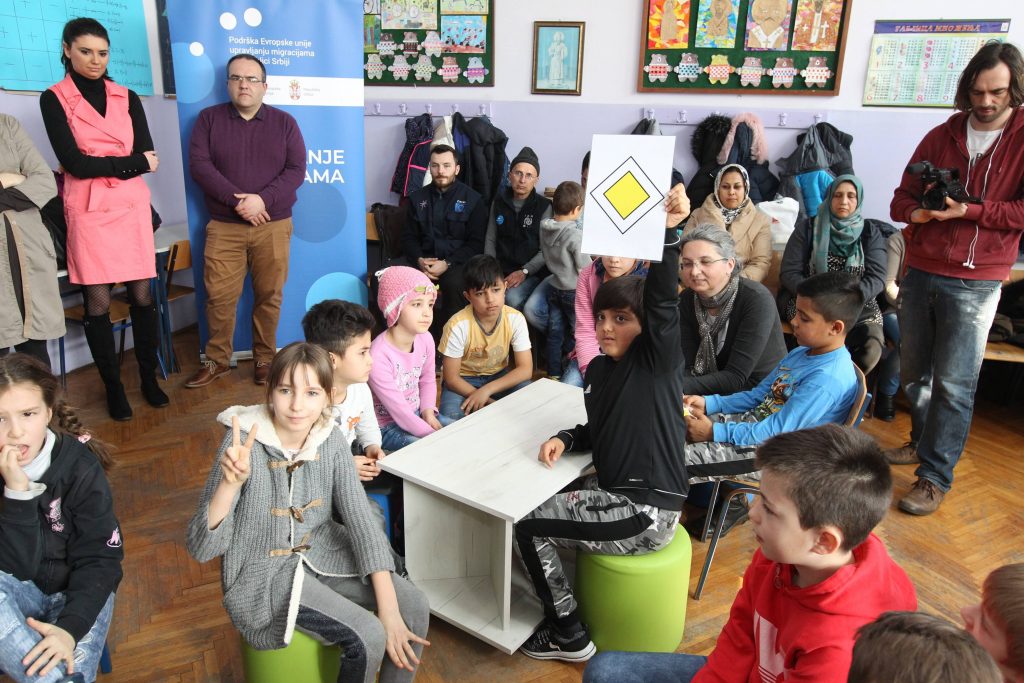 The workshop gathered children from grades one to four. The aim was to use the quiz to point out to students the problems they could encounter in the traffic, after which a simulation of traffic situations and student competition were organized.