Transportation of children to primary schools in Serbia

The Jadgari family comes from Afghanistan, it has three members and for the past year they have been living in the Reception centre in Bujanovac, which is itself located in the south of Serbia. Bujanovac is one of the municipalities wherein the children of migrants regularly attend classes at the local primary school. Transportation to and from the school is financed through the framework of European Union Support to Migration Management in the Republic of Serbia, with funds from the EU Regional Trust Fund in Response to the Syrian Crisis, the “MADAD Fund.”

The mother, Shima Momini, says that she is proud of her children, that she is happy they are attending school and that she is pleased at the fact that they have managed to make many friends. Education is very important for children of their age, she emphasized, further stating the importance of acquiring the maximum amount of education and skills in order to provide them with the possibility of establishing a better future for themselves. She went on to stress the importance of subjects such as mathematics and IT, noting that that these subjects were, “the same irrespective of the country where you currently were.” 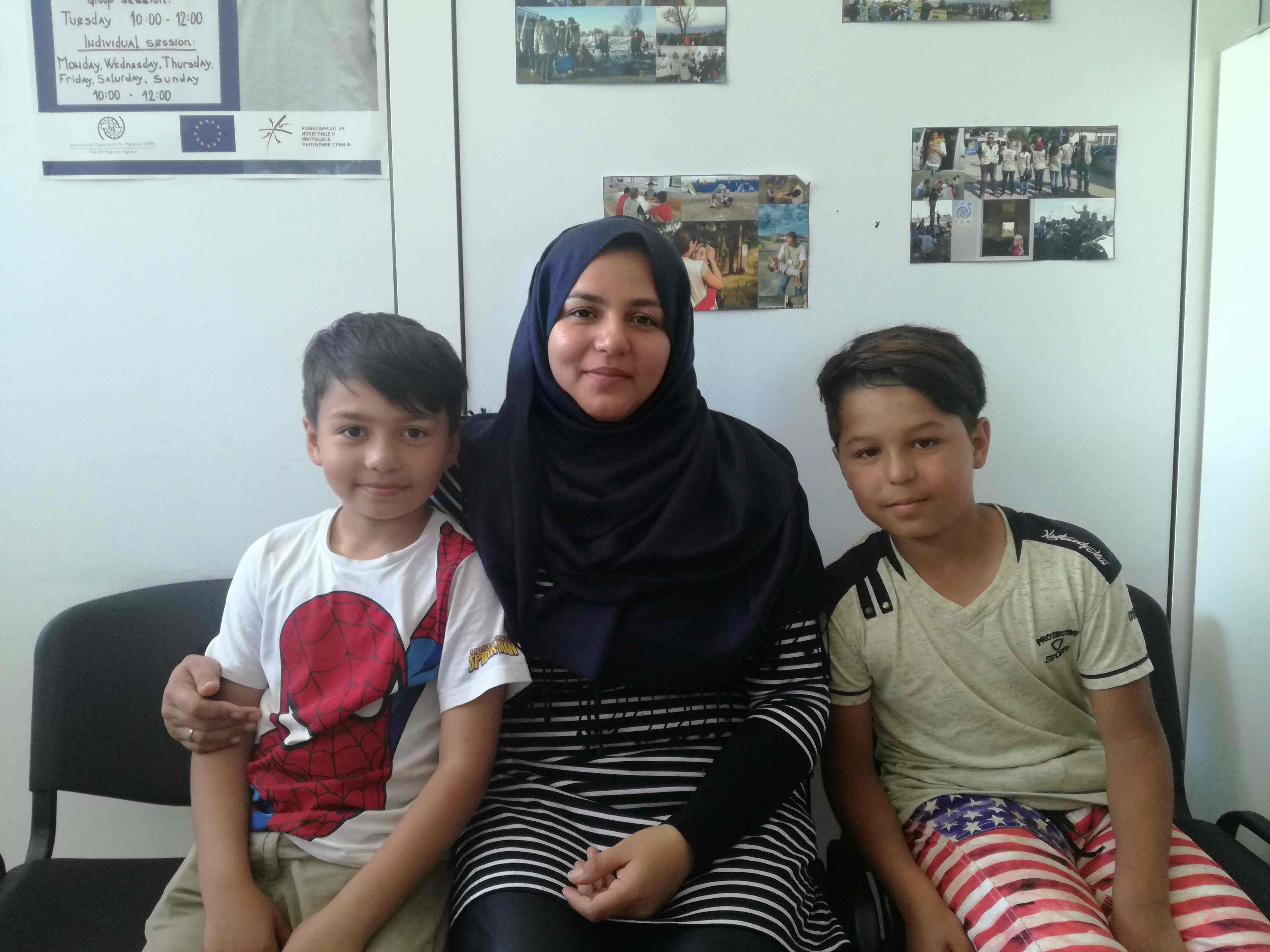 The elder son, Mohamad Matin Jadgari, is nine years of age, and attends the fourth grade of the Branko Radicevic primary school in Bujanovac, while the younger, Banjami Jadgari, is eight years of age and is attending the second grade of the same school. Both have been regular pupils for the past seven months and since the very first day, they have readily and enthusiastically accepted the obligation of attending school.

Matin says that he most enjoys English and physical education classes while Banjami is in turn fond of mathematics and other subjects. He says that he finds the Serbian language particularly difficult.

“I am happy that I have made many friends at school. I play with children my age but also with those who are a little older. I have already learned a great number of Serbian words, it is somewhat difficult, but it is interesting all the same, particularly the writing part of it. Cirilic is not so easy for me, but I am slowly making progress,” Matin stated.

Banjami says that he too has made many friends and even has a girl that he likes. He talks to his school friends in English mostly but also uses a little Serbian. He says that his older brother speaks Serbian better than he does and that he helps him with the language when he can. Both of them enjoy going to school, they are happy with the friends they have made and say that they would like to play with them after school as well; to play football together and to have them visit them at their home in the Reception centre from time to time, or else to go fishing with them.

Their mother Shima helps them with their homework.

“Both of them are very clever and are quick learners. The moto which I myself applied while I was at school I repeat to this day at times when they run into difficulties with their studies – learn to love your teachers and professors and you will love your school. I myself have difficulties in understanding certain individualities, but we receive support from organizations which help with the education of migrants,” Shima gratefully stated.

She is in turn very active within the Centre, participating in manifestations, plays and daily activities while at the same time being the elected representative of the Afghani community within the Centre.

“I am happy with the support we receive in this Reception centre. Serbia has sincerely accepted all of us and the people are themselves pleasant and willing to help. My wish is to, together with my family leave this place and move on to my final destination. But if I were forced to stay, I know that the people of Serbia would accept me and I am certain that my children would be happy here,” Shima added.