On Tuesday, 12 November 2019, a documentary on migration, “Close(d)”, was screened at the EU Info Center in Belgrade. The film is authored by Brigitte Kuchar and directed by Boriša Simović.

The audience consisted of representatives of the diplomatic corps, international organizations, the non-governmental sector, state institutions involved in migration management, as well as students of the Faculty of Geography at Belgrade University with Professor Danica Santic. 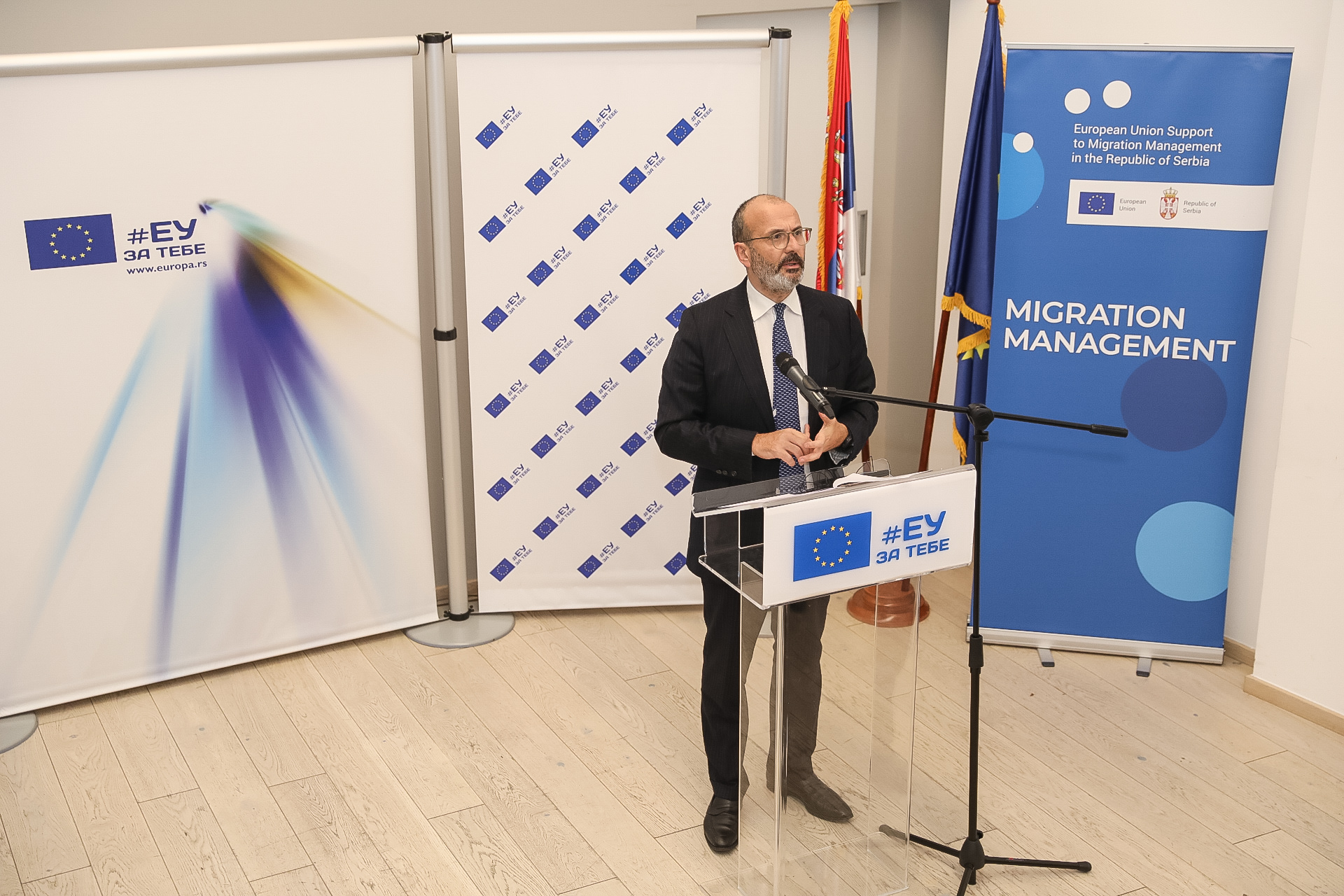 Ambassador Sam Fabrizi, Head of the Delegation of the European Union to the Republic of Serbia, welcomed the attendees and commented on current developments in the field of migration. Vladimir Cucić, the Commissioner for Refugees and Migration, Svetozar Aleksov, the State Secretary at the Ministry of Labor, Employment, Veterans’ and Social Affairs, as well as the author of the film, Brigitte Kuchar, addressed the attendees.

“CLOSE(D)“ addresses the topic of migration in Serbia, with an emphasis on migrants from Asia and Africa. It was shot in November 2018 – June 2019. It contains, among other things, scenes in reception and asylum centers where migrants reside while in Serbia, scenes of children going to schools, numerous archival footage of migrants crossing borders, alone and with smugglers… The film has an international dimension thanks to the footage from the streets of Vienna, from neighborhoods that are mostly populated by people who came to Austria from Africa or Asia. 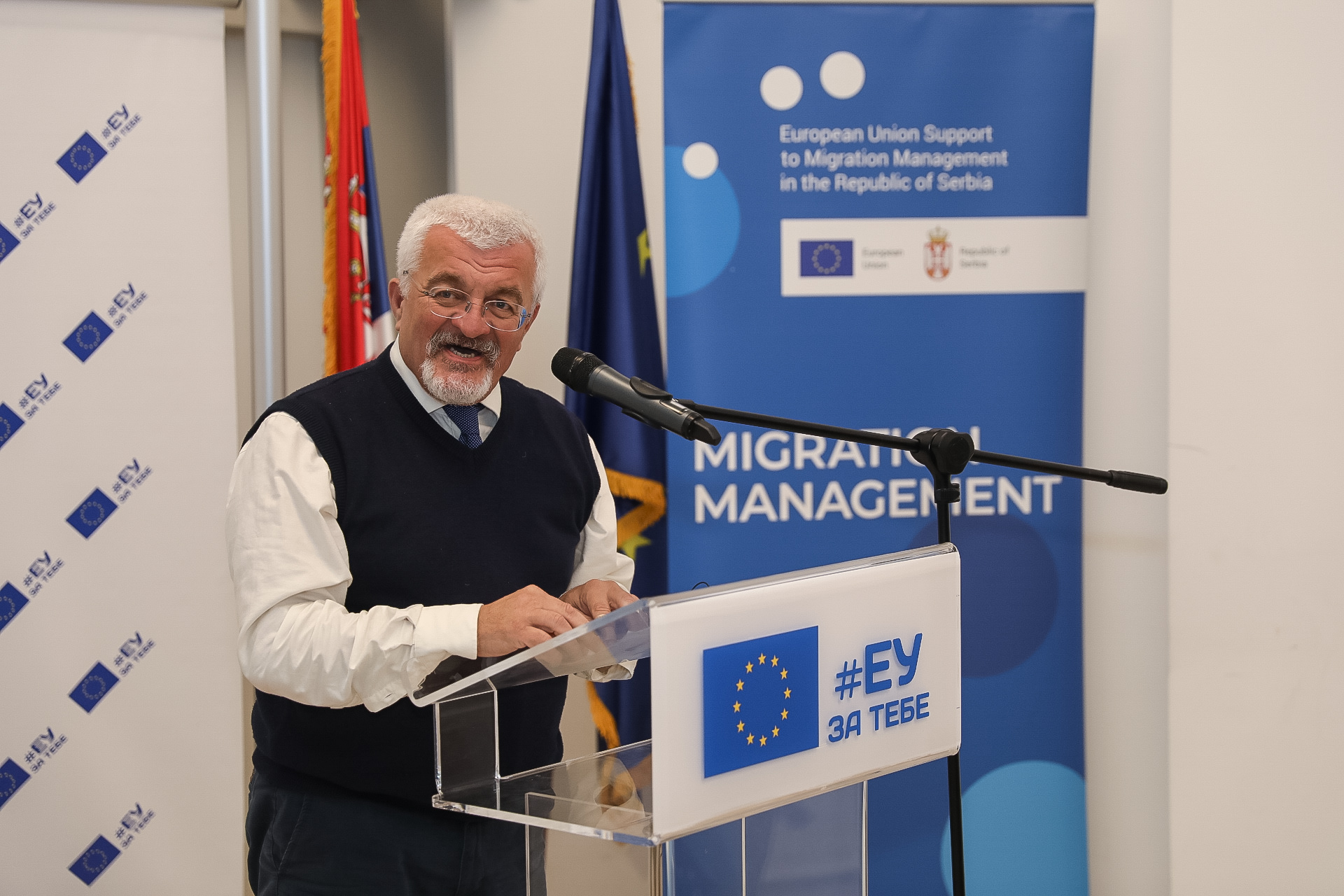 The film offers a reminder that more than a million migrants, mostly Syrians, Iraqis, Afghans and Pakistanis, have traveled through Serbia on their way to Western European countries since mid-2015. These movements have not stopped, although they have been on a much smaller scale since March 2016.

Data for this year and last year indicate that more than 20,000 migrants pass through Serbia annually. A large number of them, despite numerous attempts, fail to cross the borders of Serbia and remain “stuck” in Serbia. Much of this movie has been dedicated to them. 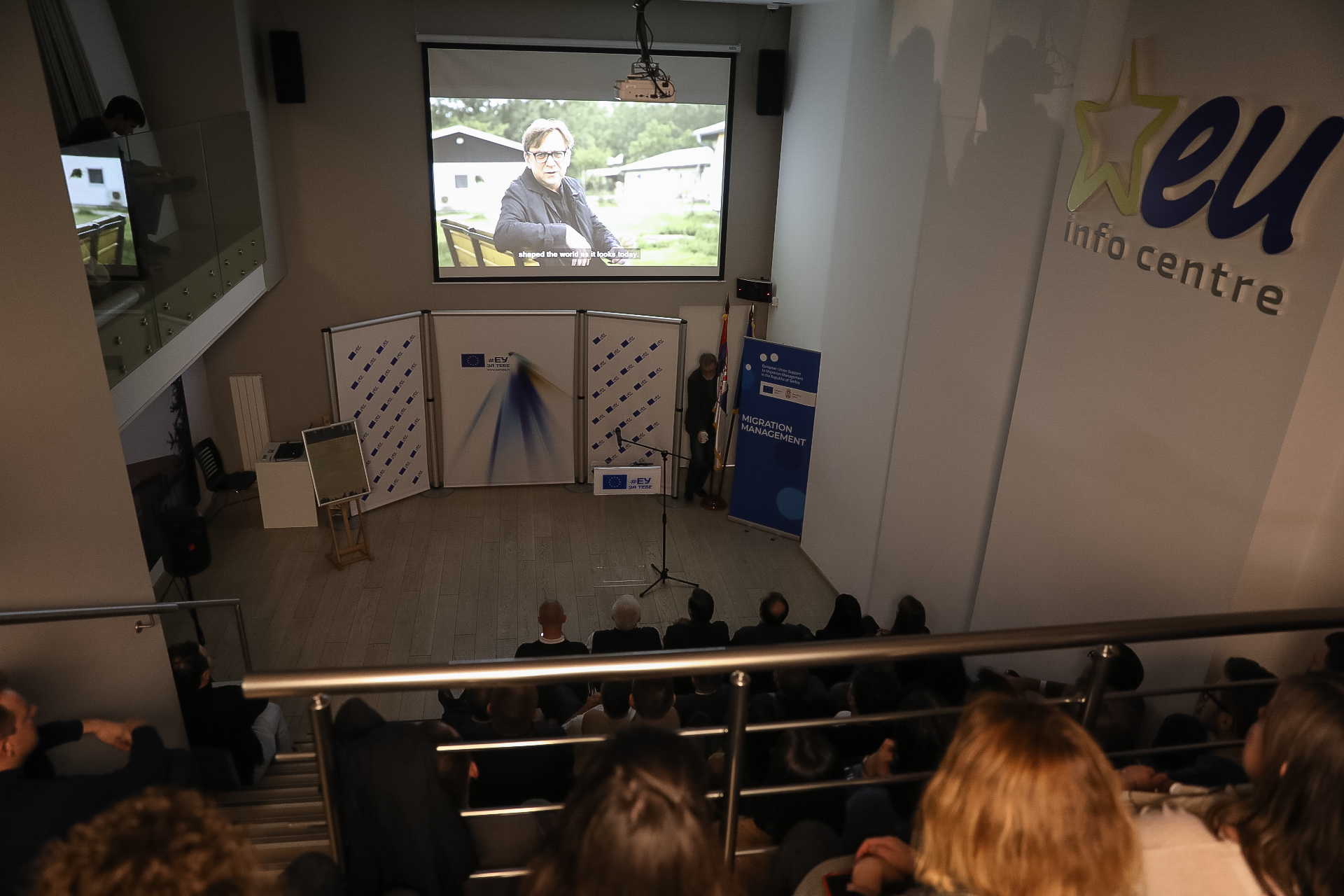 The film asks questions – who are the migrants, what are their experiences, what brought them here, where will they go next, what are their hopes, how Serbia received them…

This is a non-commercial movie project, produced under the European Union Support for Migration Management in the Republic of Serbia.