Results of the media campaign “This is life, not film” presented

During May and June 2019, as part of EU Support to Migration Management in Serbia, a media campaign was conducted to raise public awareness of the problems and lives of migrants and refugees in the Republic of Serbia.

The media campaign covered various channels of communication that fit its products. Strategic planning has reached as many as 700,000 citizens on social networks and more than 1,100 TV broadcastings in prime time on local and national television stations. 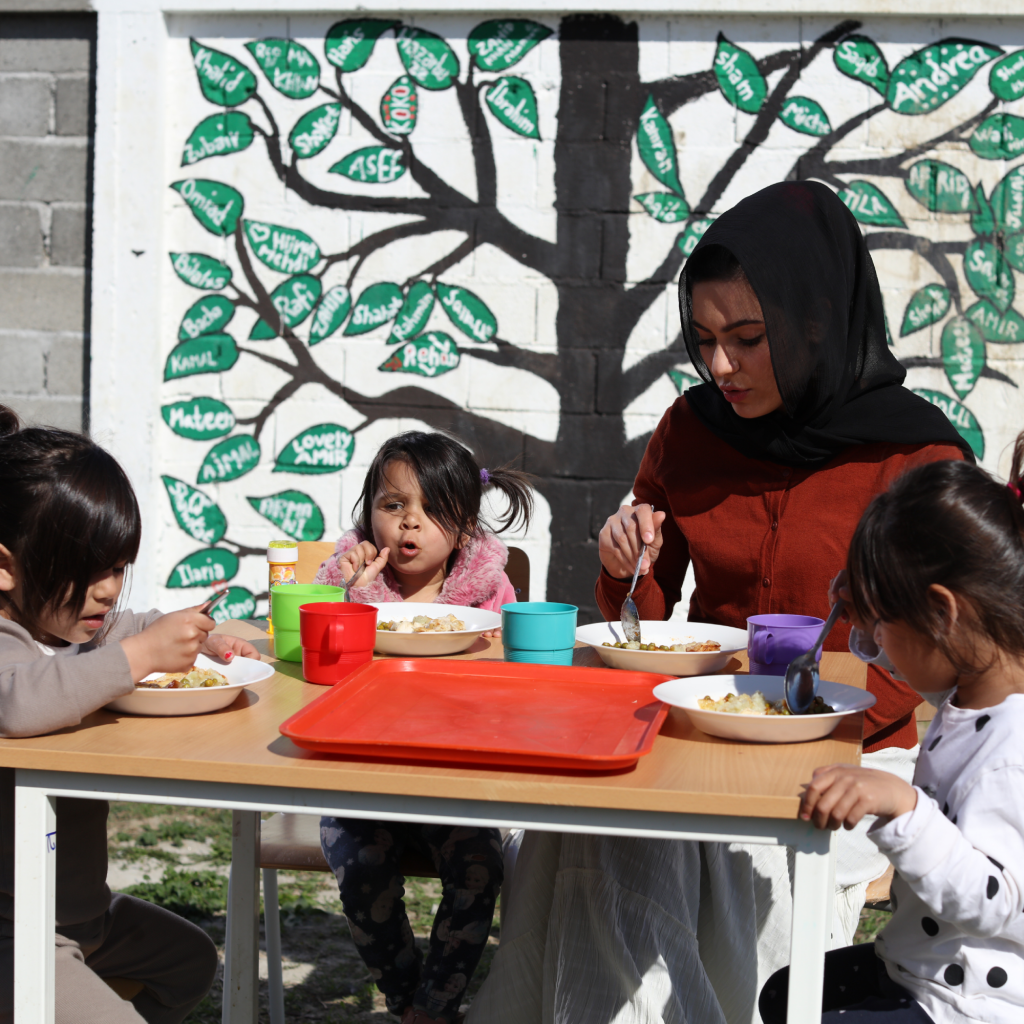 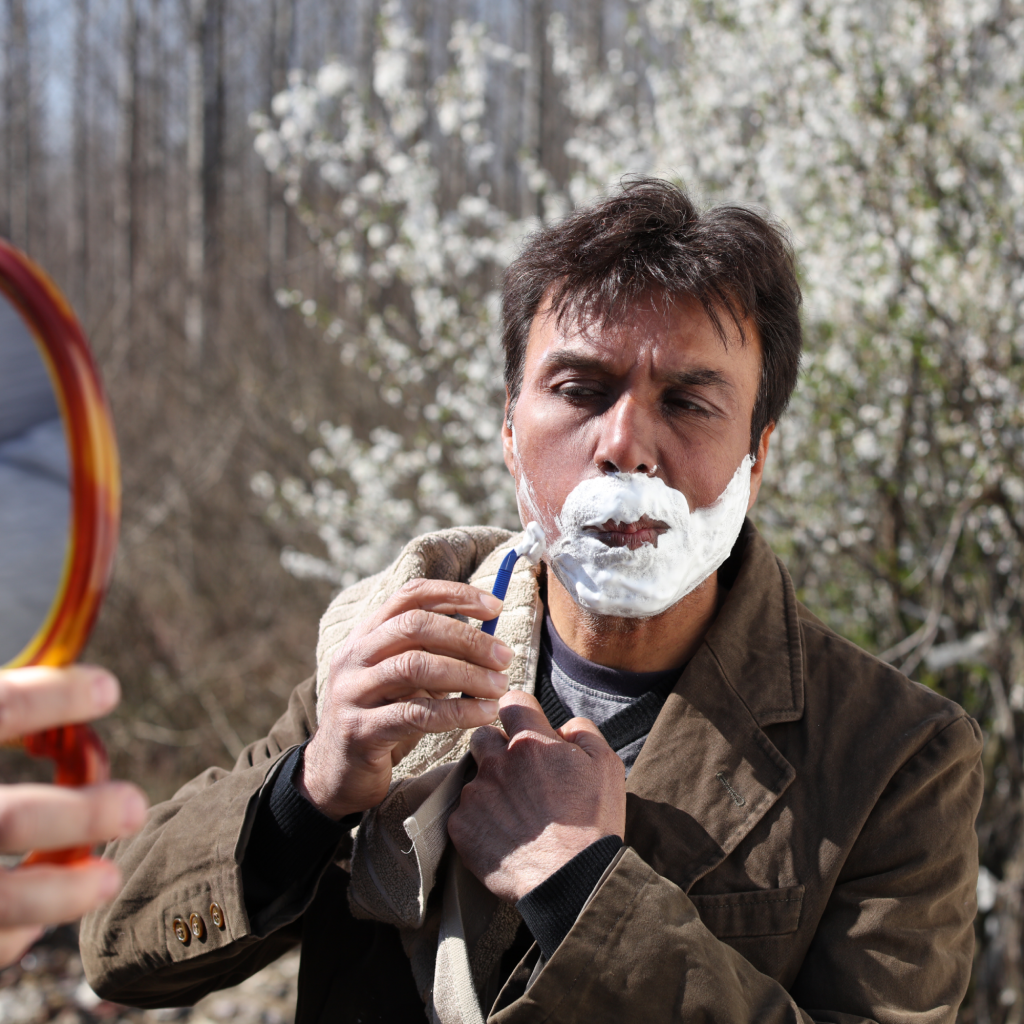 The TV video, which was created as a movie trailer, aims to attract the attention of viewers and provoke sympathy with fellow migrants and refugees temporarily residing in our country. The radio jingle, made as a movie teaser, follows the TV video whose story takes listeners through the daily routine of people on the go. Radio Jingle had 1,800 broadcasts on 17 local and national radio stations.

The campaign message “This is life, not film. See the world through their eyes” is incorporated in all campaign products, including billboards posted in 12 cities in Serbia, in 21 traffic locations.

A fable coloring book was made for the youngest. It talks about the friendship between a mouse, who has come a long way in fleeing poor living conditions, and the rabbit he found in Serbia. Metaphorically portraying the strength of friendship between animals regardless of differences and with an emphasis on similarities between these animals, a message was sent to the children that friendship knows no boundaries. The coloring book was made in 5,000 copies which were distributed in kindergartens and institutions for children throughout Serbia. 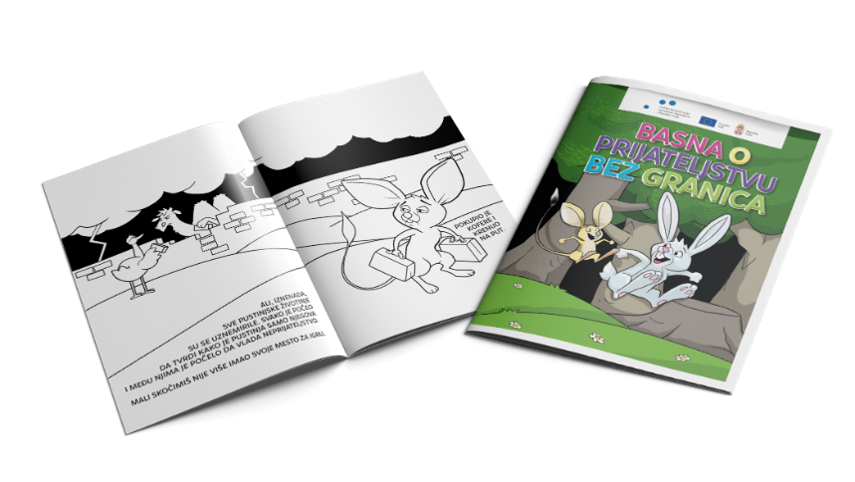 As part of a component related to improving the health of migrants, a health awareness campaign has been launched for both migrants and the general population in Serbia. The first part of the campaign focused on educating migrants and other vulnerable groups in the municipalities and cities where asylum reception centers are located. 51 health workshops were held during which more than 850 migrants and refugees had the opportunity to be informed about preventive measures in order to preserve health despite the emergency situations in their path. During the implementation of the workshops, preventative leaflets and posters were created, adapted for migrants in their languages and distributed in asylum and reception centers, as well as in primary health care institutions.

The second part of the health awareness campaign will be focused on promotion on social networks through various short videos, infographics, blog texts and static visuals. So far, two short videos have been released that were seen by more than 107,000 Facebook users. The videos are based on preventive information provided by relevant medical experts. By implementing sensitive content creation as well as having competent interlocutors, they achieve results not only for migrants but also for the local population. 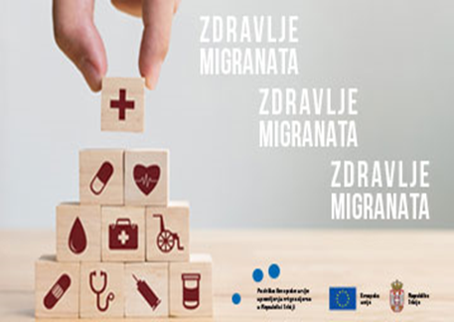 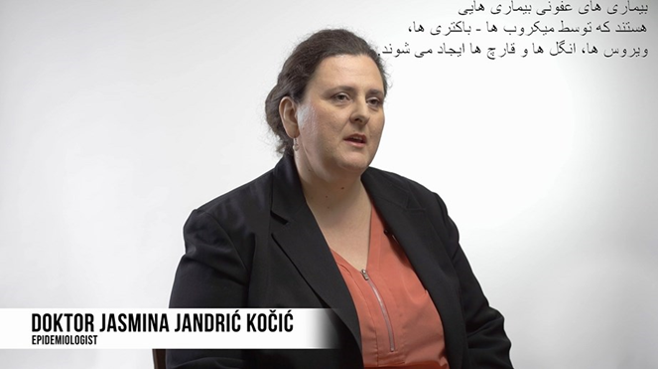 After presenting the results of the campaigns, representatives of the NGO Cesid presented the most significant results of a public opinion poll on citizens’ attitudes towards the impact of the migrant crisis in 19 municipalities and cities where migrants reside or reside. The fourth survey of this kind, from 2016 to the present, shows that the number of respondents with a positive attitude towards migrants has increased. This is compounded by an increase in respondents’ awareness of migration (from 54 percent in March 2016 to 61 percent in June 2019). Most respondents (55 percent) were satisfied with the way their local governments responded to the increased influx of migrants. It is interesting to note that citizens are increasingly recognizing the importance of international assistance to Serbia in meeting the challenges of managing migration. As many as 85 percent of respondents recognize the European Union as the largest donor in Serbia.