I will miss Serbia when I leave

Her name is Zahra Nawrozi and she is very young. She is barely 19, but over the course of her young age she has seen and endured much suffering, enough for a lifetime.

Zahra escaped from Pakistan when she was only 16 because she wanted to get a hold of her life. Like every other girl, she dreamt to marry out of love, despite the will and the orders of her family. Zahra had to leave all of it behind, otherwise the punishment for her dreams, she said, would be – death.

„I belong to Baloch people where young girls ought to marry within the same ethnic group, that is the custom. However, I wished to marry a man from the Hazaras. My uncle threatened that he will kill me for marrying someone other than a person from our folks. 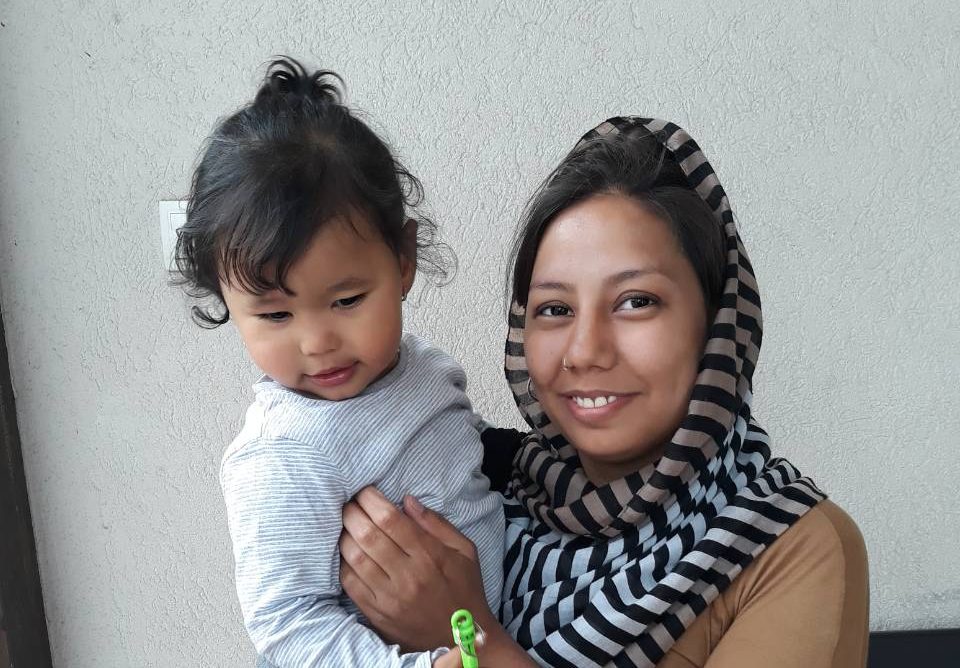 That is when Zahra and Hasan, a Hazara whom she was dating at the time, decided to run away.

„It was during the period when Germany opened its borders.  I told Hasan: „If you truly want me as your wife, I will run away with you.“ And so we took off, firstly across Turkey and Bulgaria, then to Serbia.  By the time we reached Serbia, I was pregnant. This is where our baby girl Aliza was born,“ Zahra says, adding that she is very pleased with the way she and her baby were treated by doctors and nurses.

Zahra and her husband Hasan (25) and their lovely daughter Aliza (2) are accommodated at the reception center in Subotica, waiting for their turn to enter Hungary and set off in search of a new life somewhere in Western Europe.  She’s been in Serbia since October 2016.

„My husband belongs to the Hazaras, which are wonderful people, who treat their daughters nicely. In Pakistan, women do not have the same rights as  men, they must conform to the will of the family. I did not wish that kind of life for me and my daughter,“ explains Zahra.

Even though she eagerly anticipates the moment when her family will cross the border and head toward Western Europe, Zahra Nawrozi, a brave young Pakistani woman, finds kind words for Serbia in her heart: „When I leave, I will certainly miss Serbia!“