First regional workshop for representatives of the media organized

The first in the series of workshops for representatives of the media on the topic of migration management was organized in Novi Sad on 6 and 7 June 2019.

The aim of the workshops within the EU Support to Municipalities and Cities Hosting Migrants is to improve the cooperation between the local media, local self-governments and the central government for more efficient migration management. The workshop in Novi Sad gathered representatives of the local and national media, ministries and organizations of the Government of the Republic of Serbia, municipal and city administrations, as well as representatives of humanitarian, education and health and social care institutions in Vojvodina. 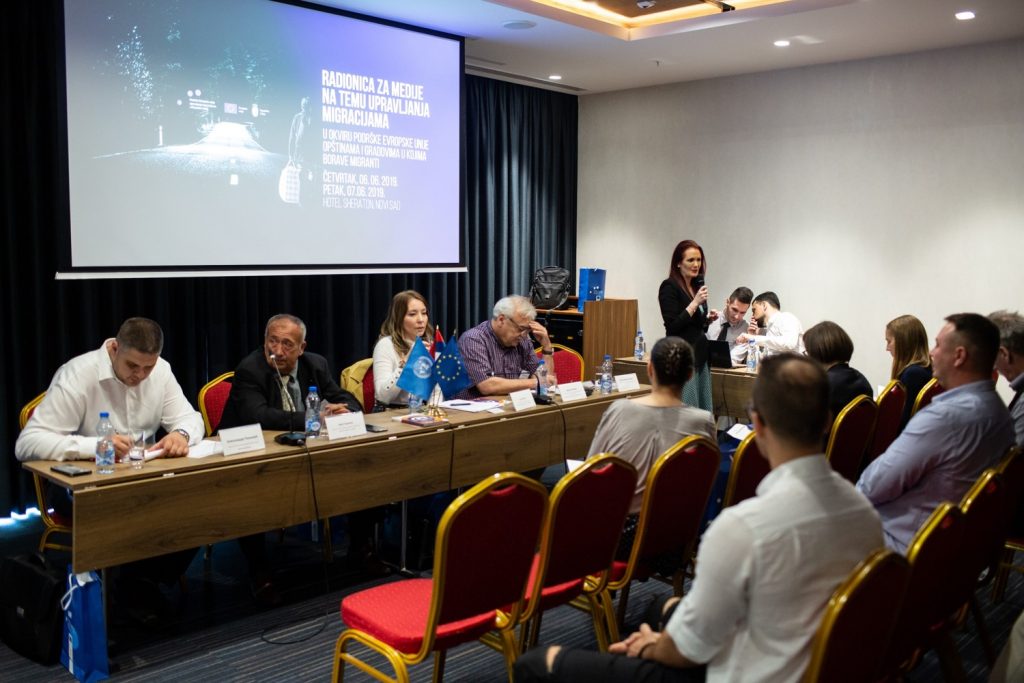 Dragan Vulevic, Special Advisor to the Minister for Labour, Employment, Veterans and Social Affairs, emphasized the importance of timely response and evolution of the social protection system. He also emphasized the importance of the expert assessment and actions of temporary guardians, accommodation in foster families and social protection institutions, and in the first place, the real assessment of the child’s best interest. 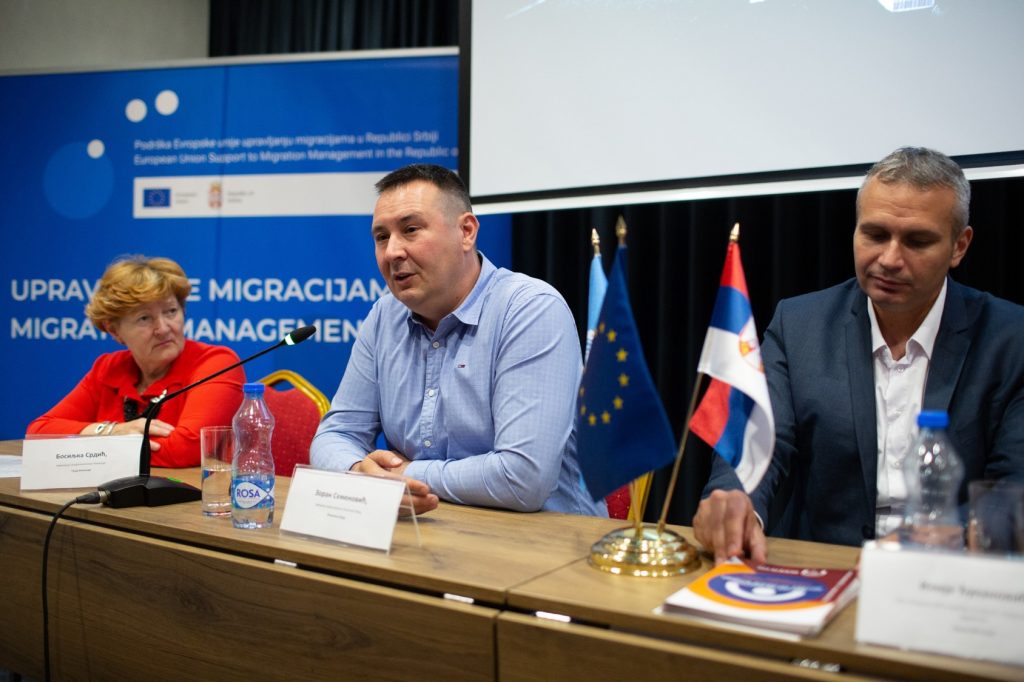 Aleksandar Rankovic, representative of the Ministry of Health, talked about the preservation of the health of migrants and the general public health.

“It is very important to integrate health in all policies, including the media policies, particularly having in mind that diseases know no borders”, said Mr Rankovic.

Sanja Savic, representative of the Centre for Human Trafficking Victims Protection, emphasized that it is difficult to identify migrants – victims of human trafficking during the period of transit. Despite this, eight migrants have so far been identified as victims of trafficking and sexual exploitation and protected.

Bosiljka Srdic, Deputy Mayor of Kikinda, Antonio Ratkovic, Deputy Mayor of Sombor, Zoran Semenovic, Deputy President of the Municipality of Sid and Ilija Djukanovic, member of the City Council of the City of Subotica, talked about the challenges the receiving communities were facing as the result of a sudden influx of a large number of people, both in terms of the utilities and security issues, and in terms of the reception by the local community. 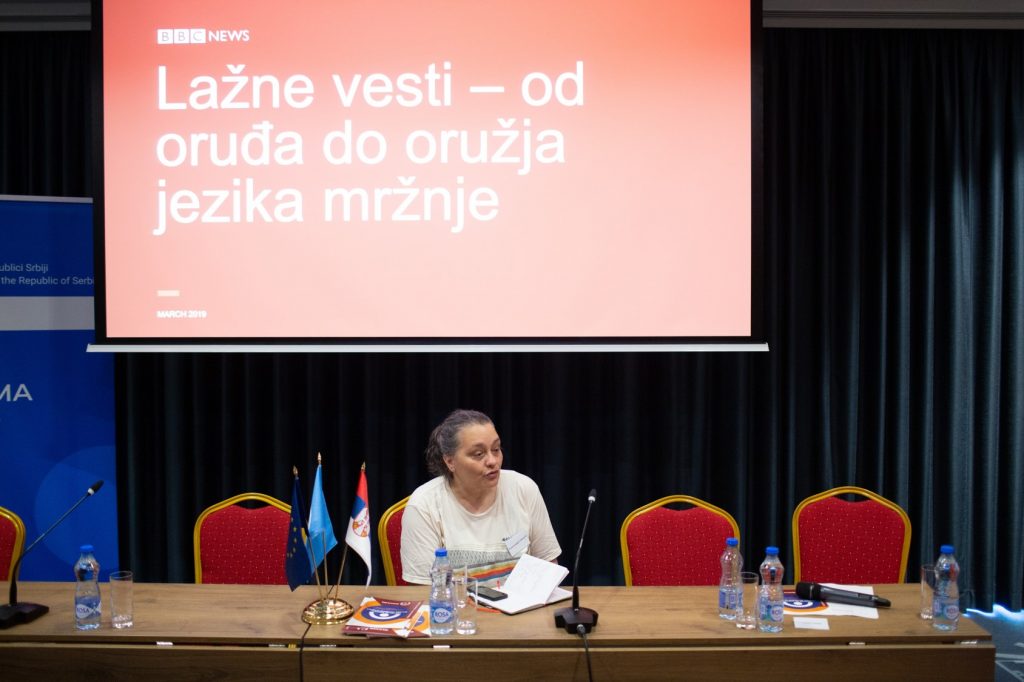 Aleksandra Niksic, BBC News Serbian Editor, talked about the fake news phenomenon and its impact in the context of issues and news concerning migration. During this panel discussion, the participants discussed the media reporting on the topic of migration and how much fake news can influence the creation of prejudices in the society, divides and unnecessary tensions.

On the second day of the workshop, the media representatives had the chance to hear about the direct experiences of public service providers in the field of social protection, education and health care. 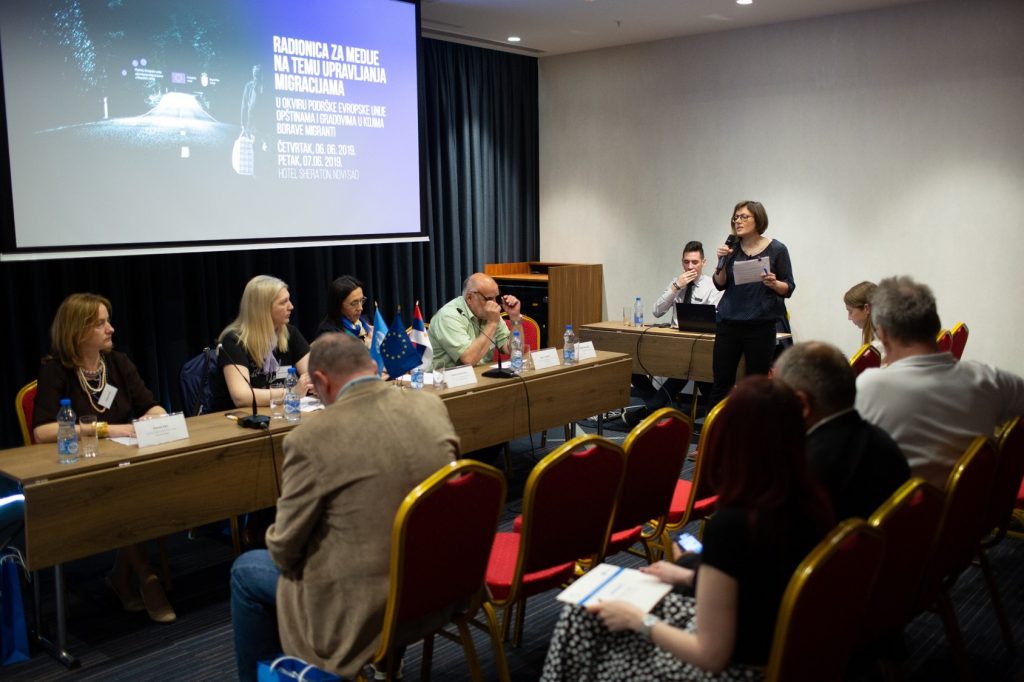 During the visit to the Reception Centre “Adasevci”, the media representatives had the chance to talk to the Manager of the Centre, Dragan Velimirovic, who explained how the centre operates, explained the procedures of admission and care for the beneficiaries, as well as the rights and obligations of the refugee and migrant population during their stay in the Republic of Serbia.

Dr Jasmina Jandric Kocic, epidemiologist of the Public Health Institute in Sremska Mitrovica, presented the concrete steps in monitoring the quality of public health in Serbia, stressing that the presence of migrants never posed a threat to the health of the local population.