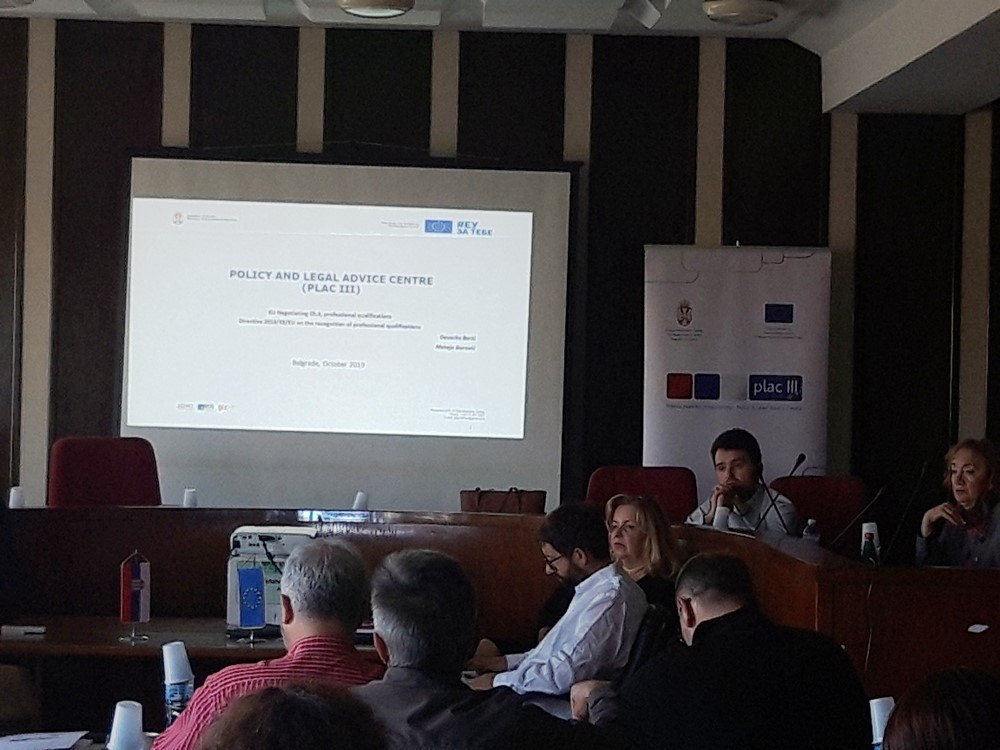 In order to further align the legal and institutional framework for the recognition of professional qualifications in the field of construction and planning, the support was provided to the Ministry of Construction, Infrastructure and Transport.

Following the adoption of the Law on Regulated Professions and the Recognition of Professional Qualifications, the Republic of Serbia is obliged to harmonize the sectoral law in the field of construction (Law on Planning and Construction) with the EU acquis. The Law is largely in line with EU regulations, but a large number of by-laws have yet to be harmonized with the acquis, project expert Mateja Djurovic said at a workshop held for representatives of the Ministry of Construction, Infrastructure and Transport and professional associations.

PLAC III project experts Mateja Djurovic and Davorka Boric worked to align the Law on Planning and Construction, as well as the relevant by-laws, with the Directive on the provision of services in the internal market (Directive 2006/123 / EC) and the Directive on the mutual recognition of professional qualifications (Directive 2013/55 / ​​EC). They presented the current EU legislation at the workshop and discussed with the participants proposals to align the Law with the two relevant directives.

The provision of services and the recognition of professional qualifications enable people to work across the EU. Under the Professional Qualifications Directive (Directive 2005/36/EC), seven professions have the status of “regulated professions” in all EU Member States: doctors, general care nurses, dentists, veterinarians, midwives, pharmacists and architects. A modernized version of that directive, adopted in 2013, introduced the principle of reciprocity and mutual recognition, as well as a framework for mutual evaluation on the basis of common training principles.

Professional qualifications are part of the negotiation chapter 3 (Right of establishment and freedom to provide services). Following the screening process, the European Commission has set a benchmark for chapter’s opening stating that Serbia should submit a comprehensive and detailed strategy for the recognition of qualifications.