New rulebooks in the field of human organ transplantation 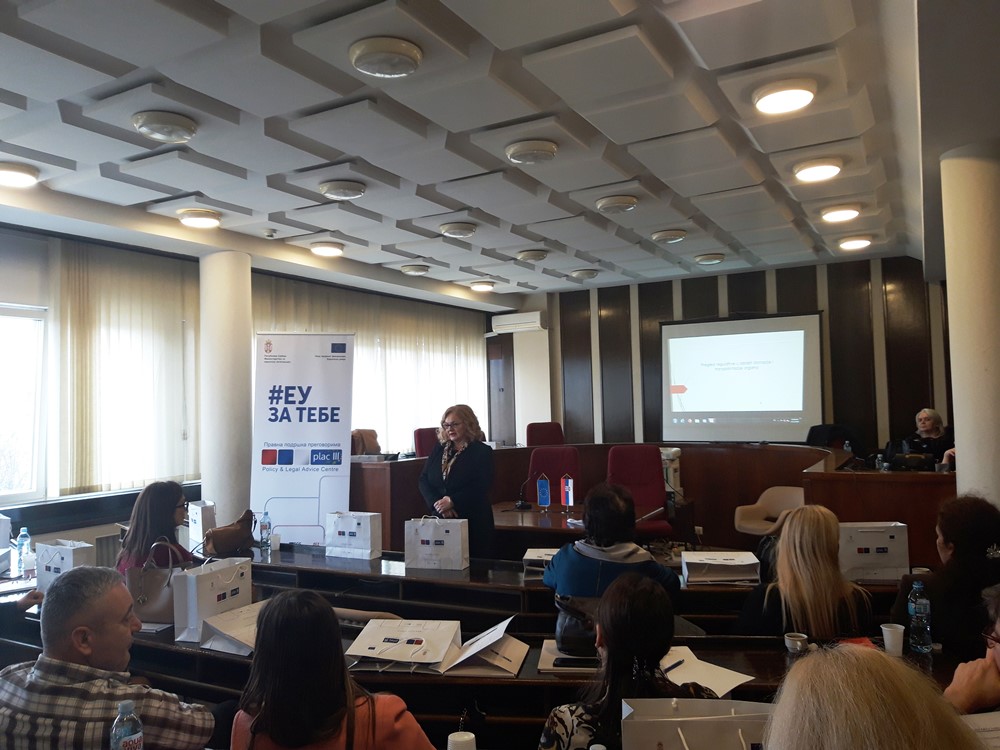 Harmonisation of legislation in the field of human organ transplantation was the topic of a workshop organised by the Policy and Legal Advice Centre (PLAC III) in Belgrade, on 12 December 2019. The workshop gathered representatives of health institutions from several cities in Serbia.

Advisor in the Ministry of Health’s Directorate of Biomedicine, Mrs. Aleksandra Vlačić told the workshop that by-laws (10 rulebooks) were adopted, 47 donor hospitals were identified and a system of coordinators was established.

Support to the Ministry of Health in further harmonisation of legislation was provided by the PLAC III project, by drafting three more rulebooks: the Rulebook on kidney paired transplantation, Rulebook on the method of national cooperation, as well as on cooperation with international bodies or European organ exchange organisations and Rulebook on professional competence for performing inspection supervision.

Project expert Mrs. Marta Sjeničić said that in harmonization of organ transplant legislation with the EU acquis relevant parts are as follows: conditions for organ donors and recipients, equipment and expertise, information on packing, labeling and transporting of organs, as well as how to store data and provide traceability of the documentation. She emphasized that it is very important to respect the Law on Personal Data Protection throughout the process.

The relevant EU legislation, as well as new Rulebooks which are aligned with two EU directives, were presented by project expert Mrs. Mirela Vlašić. Organ transplantation is no longer innovative but a routine activity, but it requires a system that is very complex and involves the whole of society, she said. The EU Directive (2010/53) gives an important role to a competent national institution that should establish a framework for quality and safety, and ensure that transplantation centres are regularly controlled to ascertain compliance with the requirements of the Directive.