Chapter 33: Support to the Tax Administration in the field of VAT collection 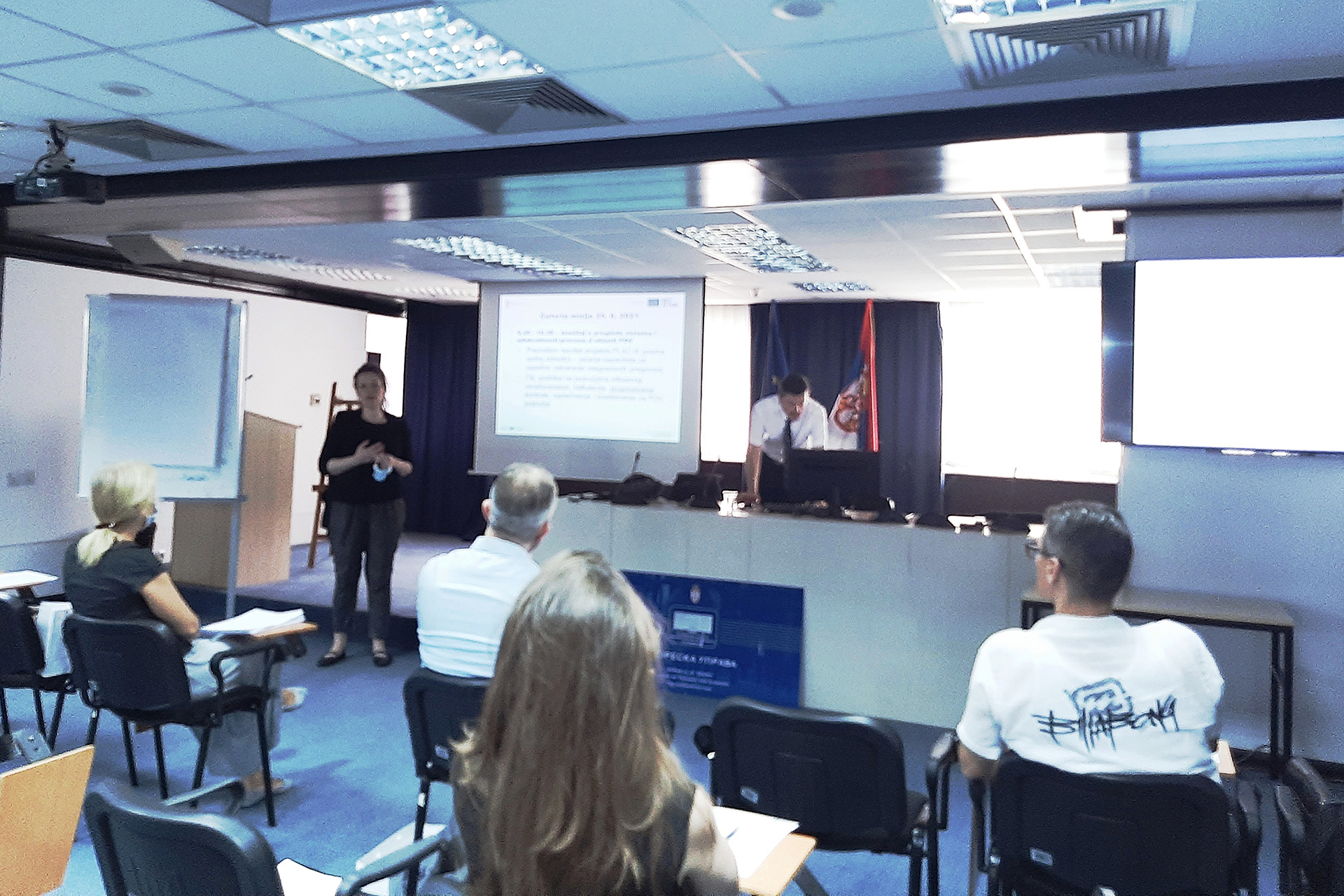 As part of the activities within the Negotiation Chapter 33, PLAC III project has provided support to the Tax Administration of the Ministry of Finance of Serbia in the areas of correct collection, calculation, accounting, forecasting, control and reporting for the VAT area (value added tax).

In June 2018, the Republic of Serbia opened Negotiating Chapter 33 (Financial and Budgetary Provisions), which has three principal sections – traditional own resources, resources based on value added tax and resources based on gross national income. The Tax Administration is responsible for the application of regulations. According to the European Commission’s 2019 report, Serbia has a certain level of preparedness in the area of ​​Chapter 33 and

At the workshop held on 25 June 2021, project expert Janko Prelec presented the results of his work and previous meetings with employees of the Tax Administration. He stated that the analysis and assessment of the existing system was performed and assistance was provided for the creation of an efficient control system in the area of ​​VAT. According to him, the recommendation for Serbia is to strengthen the monitoring system, which should be automated.

With the participants of the workshop – representatives of the Tax Administration – Prelec discussed VAT registration, VAT return, deregistration (subtraction of PIB number) as well as VAT refraction for foreign taxpayers. He conveyed the experiences of Slovenia as an EU Member state in the field of VAT, saying that both legal and natural persons have a tax number, and the tax return follows only later. He also shared Slovenian experiences in working with entrepreneurs and how to collect value added tax in the case of a tax number deduction. In the case of VAT refraction for foreign taxpayers, as Prelec said, the system of work is laid down by the Directive 2006/112/EC and requires technical support, which Slovenia took two years to introduce it.

A guide for processing VAT returns is in process of drafting. Relevant EU legislation includes the VAT Directive (2006/112/EC), as well as the Regulations on Cooperation and Information Exchange and the Regulation on the definitive uniform arrangements for the collection of own resources accruing from value added tax.